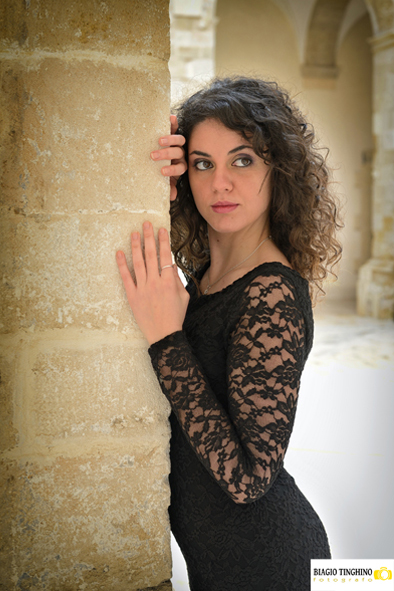 "Angela Stallone" ... midwife with a passion for cinema!

Angela Stallone from Campobello di Mazara, in the province of Trapani was born in 1987, has been working as a midwife, but she had a inner passion for film and theater. She would like to stand out and is trying to do it through the media and some friends already successful in the arts and cinema and we (http://piercarlolava.blogspot.it/) would  like to present her !

The Interview with Angela

What is for you, "an actress"?

"Doing" the actress, although in reality for me is "being" actress, means to give new emotions, to revive feelings and at the same time to be, even for a short time, someone else, living situations markedly different from your reality ... in conclusion, to distort your soul for a moment.

What drives you to continue this passion?

Unfortunately it is no passion... I didn't gain it over time ... I was born this way... as child I was glued to the TV to watch movies ... and then I locked myself in the bathroom before the mirror to try to imitate the expressions that I liked ... it is part of me ... I could not be otherwise.

Your first toy as a child: what was it and which thought comes to your mind while remembering?

I remember well the day I received the doll that I passionately dreamed ... I remember my happiness in caring it and ... in "obeying" her "commands".

The first word you say"loud" just wake up

Would you like to thank someone for your success?

No success. ..only and determination always to go forward, to improve and to push the accelerator.

What you wouldn'd do again if you could go back?

I would do everything literally even things that have hurt me ... because thanks to them I am the woman that I am today.

Mom and Dad, have they affected your choices as an adult?

A lot especially in the theatre field ... it's not a case that I am a midwife... They have always lit my lights on something "safe" because with the theater you can't survive ... but go on to explain that it is not your fault that you were born with this desire ... theater / cinema ... you're made this way: so now I go on my way to something that I want.

How was your hometown and what you remember about it ?

Born in Palermo and resident in Campobello di Mazara ... what I remember?

My roots... my pillars ... my grandparents ... my values, my good smell, the sense of family, sacrifice, sense of duty and love for what you do.

A thought ... my sister ... the beacon of my life, it is her who makes me believe in what I want in times of distress, she gives me the strenght ... she is the stick that supports me